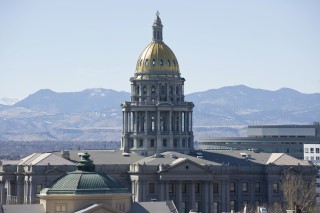 What type of novels do you write?

I write historical fiction and modern-historical suspense novels. I don’t want to be limited to one particular time or physical setting so my stories take place from the 1700’s to the present day, primarily in the United States and Europe. However, many of my novels have a strong Colorado theme or main character since I am a native Coloradoan.

What different projects do you have in the works?

To keep myself fresh and multi-dimensional, I have three independent series and I also write standalone American literary historical fiction stories. The first series is my WWII Series, featuring different settings and characters but all dealing with real-life soldiers, the resistance, and espionage during WWII. My second series is the Nick Lassiter-Skyler International Espionage Series, featuring Nick Lassiter, a young American who as the series progresses transforms from a Mr. Everyman struggling writer to a bestselling author and reluctant CIA intelligence asset, and Skyler, a beautiful and highly skilled female Italian assassin. My third series is the Joe Higheagle Environmental Sleuth Series, featuring geologist Joe Higheagle, a Cheyenne Indian and environmental crime solver living in Colorado. All of my books are in the historical fiction and suspense genres, but like Dennis Lehane and Ken Follett, I like to have the creative freedom to explore different time periods and not be restricted to a single series or protagonist.

It’s fascinating that you’re the ninth great-grandson of the notorious privateer-pirate Captain William Kidd. How has that relationship influenced your perspective and research on pirates?

Most of all, the ancestral connection to Captain Kidd has made me want to strive for historical accuracy because the Golden Age of Piracy and pirates like Kidd and Blackbeard have been inaccurately portrayed in books, movies, and television. Historians, authors, and filmmakers are going to have different interpretations of character and motivation, but they should never purposefully deviate from the established historical facts. In Blackbeard: The Birth of America, I have strove for historical accuracy and there is not a single character in the book that is not based on an actual historical figure (with the exception of a quartermaster to a secondary pirate captain, whose name is unknown). I owe it to my ancestor Captain Kidd to get pirate stories right.

I would like to read the Nick Lassiter-Skyler International Espionage Series, the WWII Series, and the Joe Higheagle Environmental Sleuth Series in order. Where should I start for each series?

The young, reluctant espionage operative Nick Lassiter and the female assassin Skyler debut together in The Devil’s Brigade. The second book in the series is The Coalition and the third is The Fourth Pularchek. The books in the WWII Series can be read in any order; though the books have major historical figures in common, the series does not have recurring major point-of-view characters. The common link is WWII rather the characters. Joe Higheagle is introduced in Blind Thrust and makes his second appearance in Cluster of Lies. 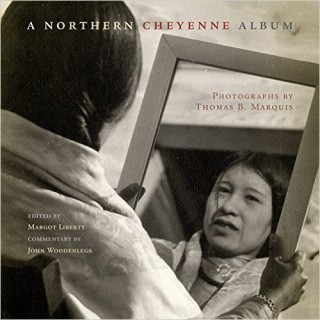 Three of your books feature Cheyenne Indians as protagonists and Native American characters can be found in several of your novels. What sparked your interest in Plains Indians, and the Cheyenne in particular?

Growing up in Colorado, I have always been interested in stories of the Plains Indians and Wild Wild West, but what truly sparked my interest was digging into the history of my great ancestor, Thomas B. Marquis. Dr. Marquis (1869–1935) was a physician, ethnographer, author, photographer, and important chronicler of the 19th Century American West. He practiced medicine in Montana, was with the U. S. Medical Corps during World War I, and served as physician on the Tongue River-Cheyenne Indian reservation after the war. Because of his interest in Plains Indians, he eventually gave up his medical practice and devoted full time to learning Indian sign language, gathering historical data from the Northern Cheyenne, and writing about their culture and the Plains Indian wars. During the course of his career among the Northern Cheyenne, he interviewed many old warriors who had participated in the 1876 Battle of the Little Bighorn. He realized that these interviews could eventually lead to a book about the Custer Battle participants that would take into account both the Indian and U.S. Army perspective and dispel many Custer myths. Eventually, Marquis moved to Lodge Grass on the Crow Indian Reservation to interview Custer’s Crow Scouts, and to be able to see and study the actual battlefield. The Indians trusted him, allowed him to photograph them, and told him things via sign language that they would reveal to no one else. His books include Memoirs of a White Crow Indian (1928), Wooden Leg: A Warrior Who Fought Custer (1931), Two Days After the Custer Battle (1935), Custer, Cavalry and Crows (1975), Keep the Last Bullet for Yourself: the True Story of Custer’s Last Stand (1976), and many other works. It is because of Thomas B. Marquis that my protagonist, Joe Higheagle, and his curmudgeonly grandfather, John Higheagle, were created and why I weave the Cheyenne, Custer, and the Little Big Horn into my books. The Northern Cheyenne loved Thomas B. Marquis like a brother and he loved them back. Like him, I greatly admire the Cheyenne Indians, the finest horse people of the Great Plains along with the Comanche.

Who are your favorite authors? 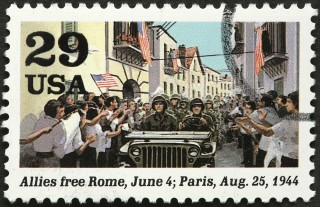 Where do you get the ideas for your books?

The source of inspiration for my books generally comes from my family history, professional experience as a hydrogeologist, social justice issues I read about in the news, or my desire to recreate a historical time period that I am particularly interested in. As the ninth great-grandson of notorious privateer Captain William Kidd, I love pirate stories. For better or worse, I am one of those authors whose brain is literally flooded with ideas for books. My common thread is that all of my novels pit an underdog against powerful forces and are multiple-point-of-view family stories involving grandparents, mothers and fathers, and siblings built upon a framework of suspense. The subject matter is less important to me than the characters and how they interact, but most of my stories have an espionage, World War II, Western-Native American, pirate, or geological-environmental component built into the tale since those are my areas of interest.

Did you always know you wanted to write fiction?

Deep down, yes. I’ve written more than twenty-five professional papers on geological and environmental subjects, but I think I always had a yearning to write novels. I’ve always had an overactive imagination, loved movies, and been a little hyperactive in terms of physical and mental activities so I have numerous stories in my head all the time vying for space. I’m a bit of an odd duck in that I’m a professional scientist who serves as a hydrogeological expert witness in court cases and yet I have this creative side that’s desperate to tell stories and write compelling novels. So, yeah, deep down I always knew I wanted to write fiction. 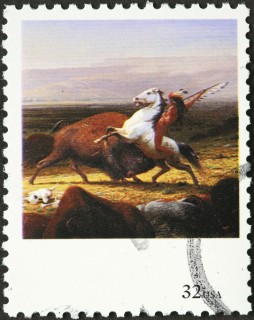 For interviews, book clubs, signings, and other book events, what are some of the things you typically like to discuss with your fans and newcomers to your historical fiction novels?

Here are the things I usually like to discuss during these types of events:

● Why I’m drawn to tell the tales of overlooked and historically misrepresented figures
● My unique research methods and use of declassified documents
● Why each of my WWII novels cover different time periods and locations during the war
● My approach to the historical fiction genre, and why I choose to remain true to the factual accounts of events past
● My writing style and techniques, particularly my use of multiple and shifting perspectives in handling point of view 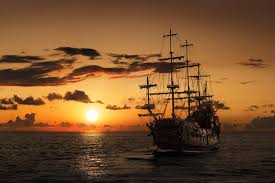